Superstar Racing is a popular arcade-style racing MMO with a great variety of tracks, cosmetics, and competition. Superstar Racing is a completely free-to-play, fast-paced action-filled online game where you can create your very own driver avatar and racing team. Once you’re done customizing your driver and team, you can invite your friends to join efforts in ascending the team’s ranking. In addition to the social aspect of this game, you can get together with players from all over the world and challenge them to race against you and your team.

You can race them over dozens of different racing tracks, with these tracks being updated and added to over time by the developer. When you win races, you earn credits, which you can then spend on new clothes and other items to pimp out your avatar in the store.

Want to take your competition to the next level? Superstar Racing allows controller support. You have the ability to connect your controller or steering wheel and start racing! So you have enough to do in Superstar Racing besides the actual racing itself. Nail that promotion, score them hard-to-get achievements, and become rich and famous as you have always dreamed of! 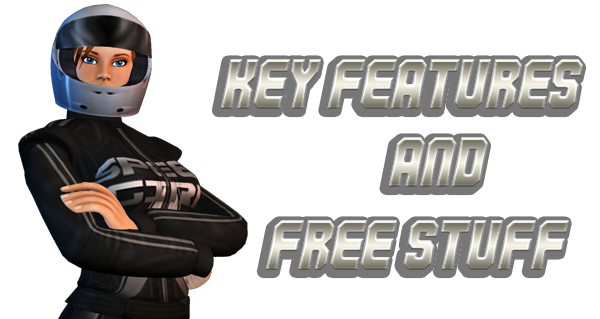 What are you waiting for? Come join us & have fun – Available since 2008. 3,5 million registered users 140 million races completed